The Broomfield Police Department's K-9 Unit was started in September 2000. The K-9 Unit is a specialized unit that is assigned to the Patrol Division. The Unit is currently overseen by Sergeant Todd Dahlbach.

Each K-9 handler is assigned a K-9 partner that lives and works with them full-time. The canines are imported from Europe. All of the K-9 teams have been trained and certified in narcotics detection, tracking, and criminal apprehension, which includes area and building searches for suspects and/or property. Along with patrol duties, K-9 teams participate in many community programs. 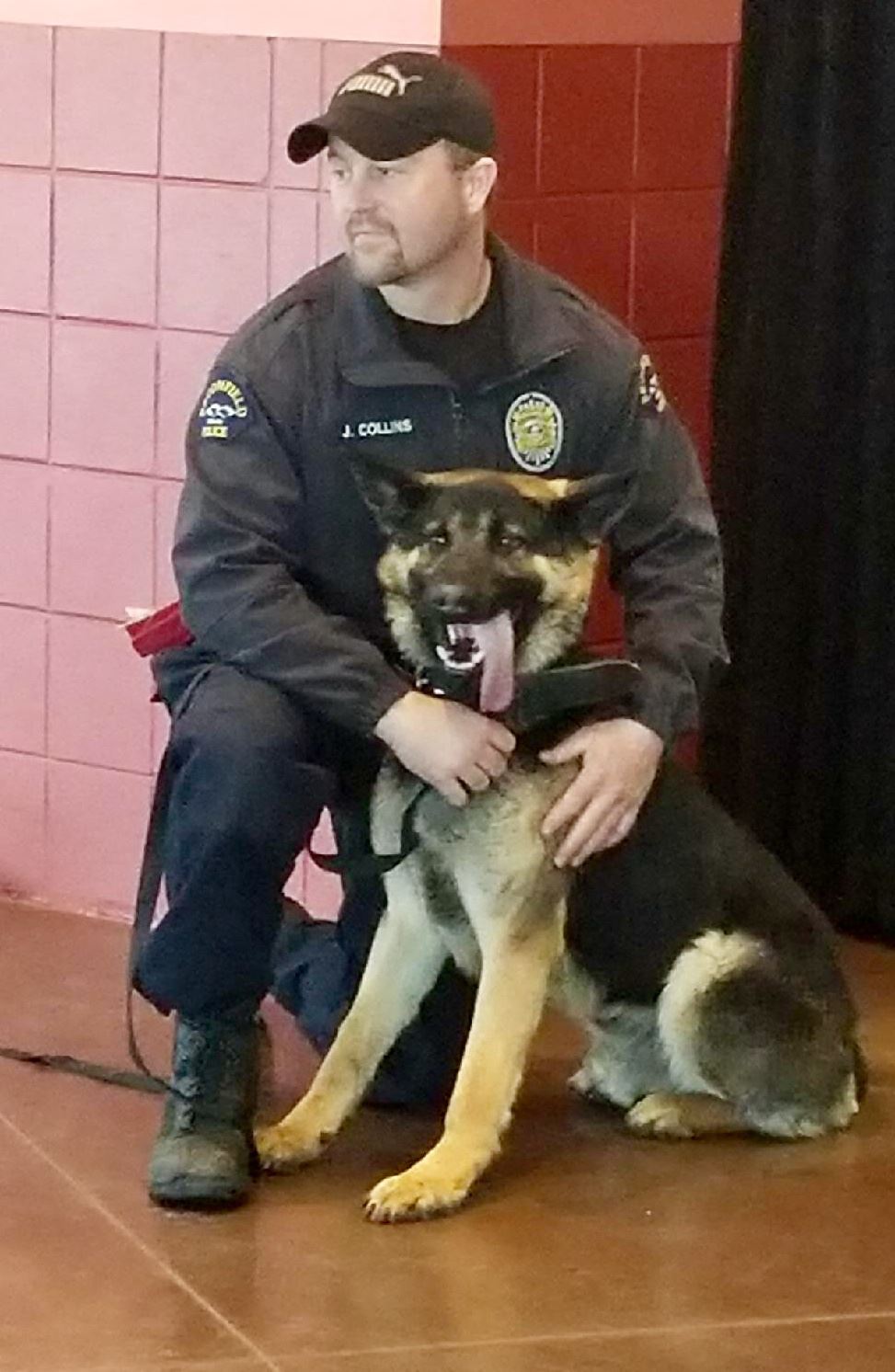 Officer Collins has been working with K-9 Beck since 2017. K-9 Beck is a purebred German Shepherd imported from Germany. K-9 Beck is two years old and weighs about 80 lbs.

Officer Adrian Peech was born and raised in Zimbabwe. He completed his A-levels (high school) in Zimbabwe and moved to the U.S. where he attended the University of Texas and the Police Academy in Highlands Ranch, Colorado.

Officer Peech began his law enforcement career with the Broomfield Police Department in May 2004. He and K-9 Rexo have been working together since early 2018. K-9 Rexo is a purebred German Shepherd imported from the Czech Republic. K-9 Rexo is 14 months old and weighs about 80 lbs.

Prior to K-9 Rexo, Officer Peech worked with K-9 Xan and K-9 Rakker who were both medically retired and continue to live with Officer Peech at his home.

Officer Danielle Faczak began her law enforcement career with the Broomfield Police Department in August 2006. She and K-9 Henk have been working together for about six years. K-9 Henk is a purebred Dutch Shepherd imported from Holland. K-9 Henk is eight years old and weighs 85 lbs.

Previous to K-9- Henk, Officer Faczak worked with K-9 Gipsy who was retired from the Broomfield Police Department in 2012.