The project is complete and came in nearly $1 million under budget. 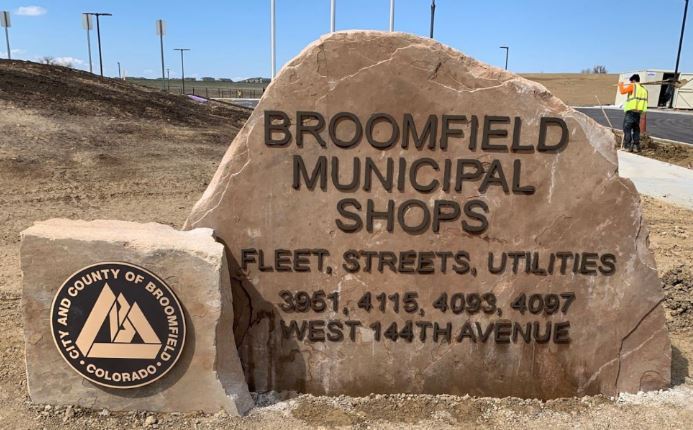 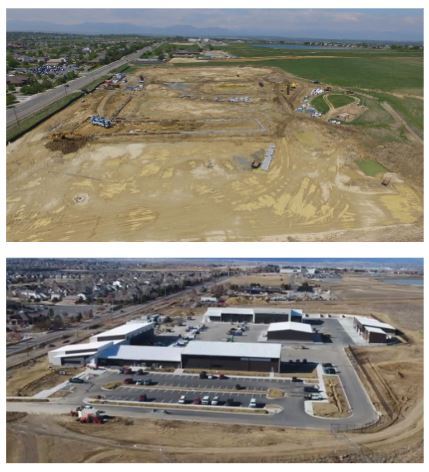 Staff issued a Request for Qualifications to General Contractors/Construction Manager (CM/GC) in January and interviewed three firms in March. Staff recommended Saunders Construction as the CM/GC, and Council approved, at the May 8, 2018, meeting. An amendment to Saunders Construction Pre-Construction Services agreement and a pre-project review was presented and approved by City Council on November 13th. The amendment allowed Saunders to begin coordination of the design of the pre-engineered metal buildings with Stantec’s team. A construction agreement and Guaranteed Maximum Price (GMP) was approved by Council on March 19, 2019. Construction began on March 21, 2019.  The contractor is working on the paving of the parking areas and access drives, completing utility work and constructing the Administration Building (Building 1).

A construction agreement and Guaranteed Maximum Price (GMP) was approved by Council on March 19, 2019.

The operational area of the new Service Center site is 12.2 acres with an additional 4.2 acres for the stormwater detention pond and slope area for a total of 16.4 acres.  The layout takes advantage of the existing traffic signal on 144th Avenue just west of the intersection of 144th and Lowell Boulevard at the Broadlands Marketplace Shopping Center.

The proposed plan includes three buildings, the administration and shop building, fleet maintenance, and heated vehicle storage.  The building heights vary from 23.8 feet to a maximum of 37.6 feet.

Construction is anticipated to take 12 months from approximately March or April 2019 to April 2020.

The 124th Avenue site is currently 12.1 acres with no ability to expand its boundaries.  In 2015, the Study indicated the existing Service Center was approximately 90% undersized.  The total space necessary to meet the current need is approximately 24 to 25 acres.  Thus, the additional needed space would be approximately 12 acres.

Several sites were reviewed for the new Service Center and the property northwest of the intersection of Lowell and 144th Avenue was selected for reasons including: 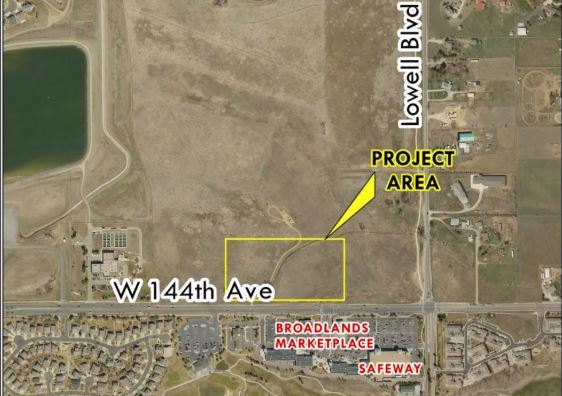