BNSF completed their work to upgrade their railroad gates and control equipment at 112th Avenue.  Broomfield, Millstone Weber, and BNSF completed the traffic signal interconnect at 112th Avenue and Wadsworth Blvd to synchronize the traffic signal operation with the railroad gate and set the new railroad gates. Millstone Weber is finalizing the roadway work by October 22nd.  Following final inspection, Broomfield can begin the Notice of Establishment for this Quiet Zone.

BNSF completed the 4-quadrant gate system at Brainard Drive to complete that Quiet Zone.  Following minor punchlist items, Broomfield can submit the Notice of Establishment for this Quiet Zone.  We anticipate both Quiet Zones being established by early December.  This is the last update for the project. 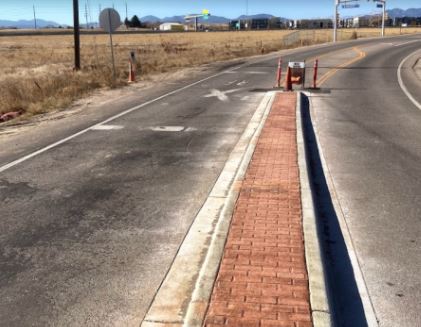 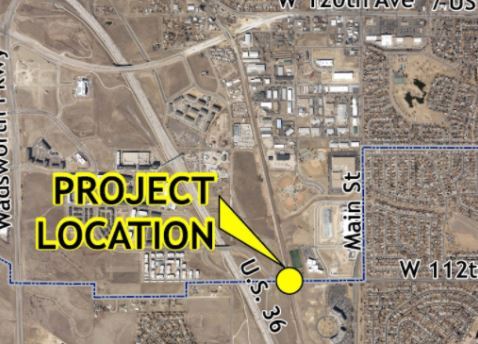 The implementation of railroad Quiet Zones has been an important community request for many years. When specific improvements are installed at locations where roads cross railroad tracks, trains are required to stop blowing their horns, except in the case of an emergency. The Federal Railroad Administration (FRA) sets forth the requirements for Quiet Zone compliance. A specific plan is developed for each location which is approved by the FRA, the Colorado Public Utilities Commission (PUC), and agreed to by the railroad operating at that location. Requirements can include upgraded computer train controls at crossings, gates, flashing lights, medians, and curbs to ensure cars cannot drive around the gates when they are lowered.

In 2016, the Northwest Corridor (US 36) Partners reached consensus on the use of Transportation Improvement Program (TIP) funding allocated per the Denver Council of Governments Resolution Number 20, 2008 - FasTracks Second Commitment in Principle (SCIP) funding for the Northwest Rail. The Northwest Partners include Longmont, Boulder County, the City of Boulder, Louisville, Lafayette, Broomfield, Westminster, RTD, and CDOT.  The Northwest Partners agreed SCIP funds should be used to implement Quiet Zones along the BNSF Railway alignment of the future Northwest Rail.

Broomfield’s SCIP funding in the amount of $944,800 is proposed to be used to implement the final two Quiet Zones at the West 112th Avenue and Brainard Drive railroad crossings.