Broomfield Celebrates is the home for all things fun in Broomfield. From attending concerts featuring local musicians at the Summer Concert Series to celebrating the spirit of the City and County of Broomfield at Broomfield Days, Broomfield has events year-round for people of all ages! 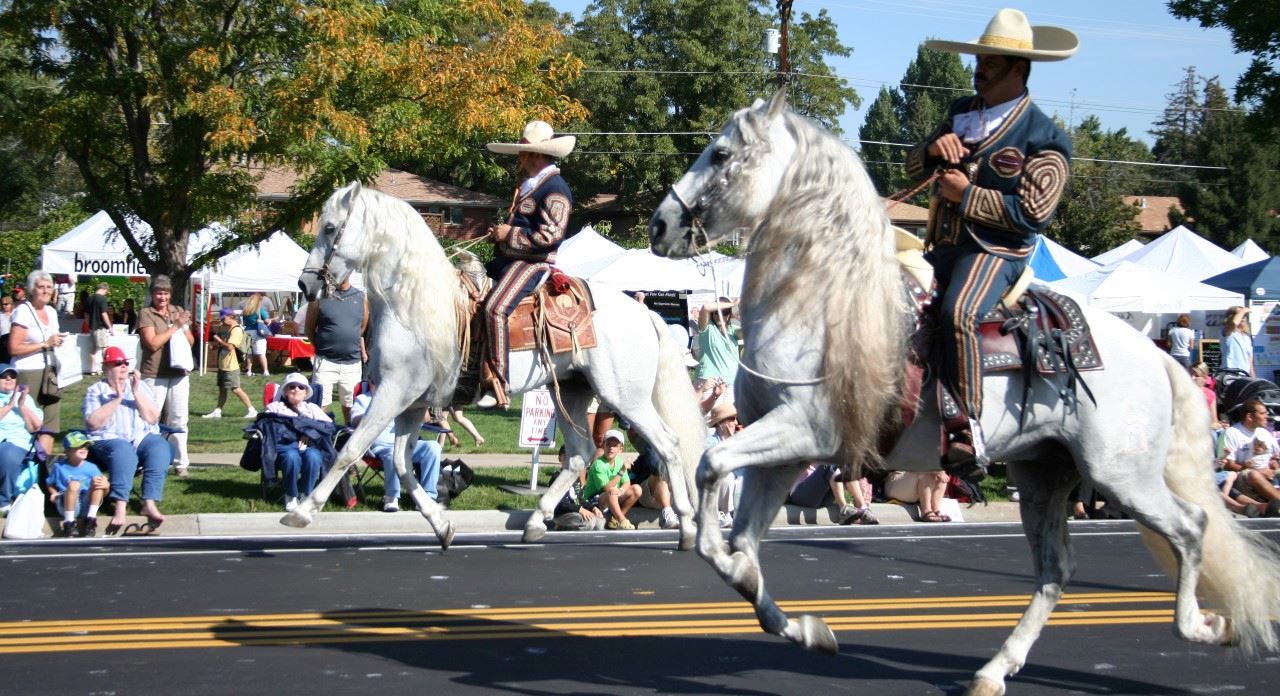 Spend your Fourth of July with your family, friends, and Broomfield neighbors at the 2022 Great American Picnic! There will be fun for the whole family, with inflatables, concessions and food vendors and a beer garden for those 21+. Add a creative spin to your holiday in the one-of-a-kind Bike Parade, then enjoy the show with music and giveaways starting at 6 p.m. The evening ends with a bang with fireworks set off at 9:30 p.m.

Kids, participate in a Hip Hop songwriting workshop happening at 1:30 p.m. in the Broomfield Auditorium. Join this interactive rhyme-writing session with members of The Secret Agency including Grammy-winning songwriter, Secret Agent 23 Skidoo, and fellow rappers Secret Agent Hi-Fi and Secret Agent Flowers. Kids can express themselves, rapping their own original creations over boom bap beats while gaining an understanding of slant rhymes, syllable manipulation, and bar counting. Make sure to come back in the evening for The Secret Agency concert!

Grammy award winning hip hop artists, The Secret Agency brings their electric ensemble and highly literate lyrical style of golden age hip hop with the raw emotional power of funk to Broomfield. Joined by amazingly acrobatic bboy dancers, this interactive and empowering experience blurs the line between kids music, young adult narratives and universal storytelling that draws from Jim Henson and George Clinton in equal measure. This event is open to all ages, and is great for kids and families! This program is presented in partnership with the Broomfield Library. For more information about The Secret Agency visit secretagent23skidoo.com.

Butterfly Effect Theatre Company (BETC) is bringing their theatre truck to Broomfield! On Thursday, July 7 swing by Community Park behind the library and enjoy BETC's new show, "Amelia's Big Idea", a musical about Ten-year-old Amelia Smart who wants to build a dog park. Her pet Gadget needs a safe place to play, but her big idea to transform Townville will take a lot of work! Along the way, Amelia will need help from the Mayor, the Librarian, Mr. Delivery, and others. Kids (suggested ages 4-12) will learn about teamwork, community, and civic ambition through catchy songs and live acoustic music in this can’t-miss world premiere. Warning: You might take some big ideas home with you. Please note that this event will not have any food trucks!

Broomfield, are you ready to rock? The Custom Shop Band is a variety rock band from Erie, Colorado. Lead vocalist Michele Steele, a two-decade veteran of the Colorado Front Range music scene brings her versatile style and stage charisma alongside guitarist and vocalist, Murat Iyigun, founder of the Custom Shop Band. They, along with long-time musician Tone Show and drummer David Brenowitz will bring powerful rock music to Broomfield’s Summer Concert stage. For more information about The Custom Shop visit thecustomshopband.com.

Celebrate the end of summer with award-winning bluegrass! AJ Lee and Blue Summit is a national touring bluegrass band. Singer, songwriter and mandolinist AJ Lee is a nine-time winner of the NCBS best female vocalist award and the IBMA Momentum Vocalist of the year award in 2019. The band won NCBS’ best bluegrass band award in 2019. Their acoustic roots caters to their broad fanbase and combines a bit of classic bluegrass with acoustic Americana. For more information about AJ Lee and Blue Summit visit their website: bluesummitmusic.com/welcome.

September 10: Dog Daze at the Bay

It's a day gone to the dogs! Bring your furry friend down to the Bay for a day of excitement just for dogs.  Fido can jump and play in the summer heat, while coolin’ off with a dip in the pool.  Dogs only allowed in the pool today, no humans please. Registration will open in Summer 2022.

This is an opportunity for local organizations and businesses to showcase their services and increase community exposure. The Broomfield Days concert is from 3-6 p.m. at Midway Park and all the event details and schedules are available at Broomfield.org/BroomfieldDays.

Have you always wanted to take your child or grandchild fishing? You can right here in Broomfield at Tom Frost Reservoir! A brief introductory fishing clinic, poles and bait are provided. Adult supervision and registration are required.

Interested in everything Broomfield has to offer? Check out more campaigns below. 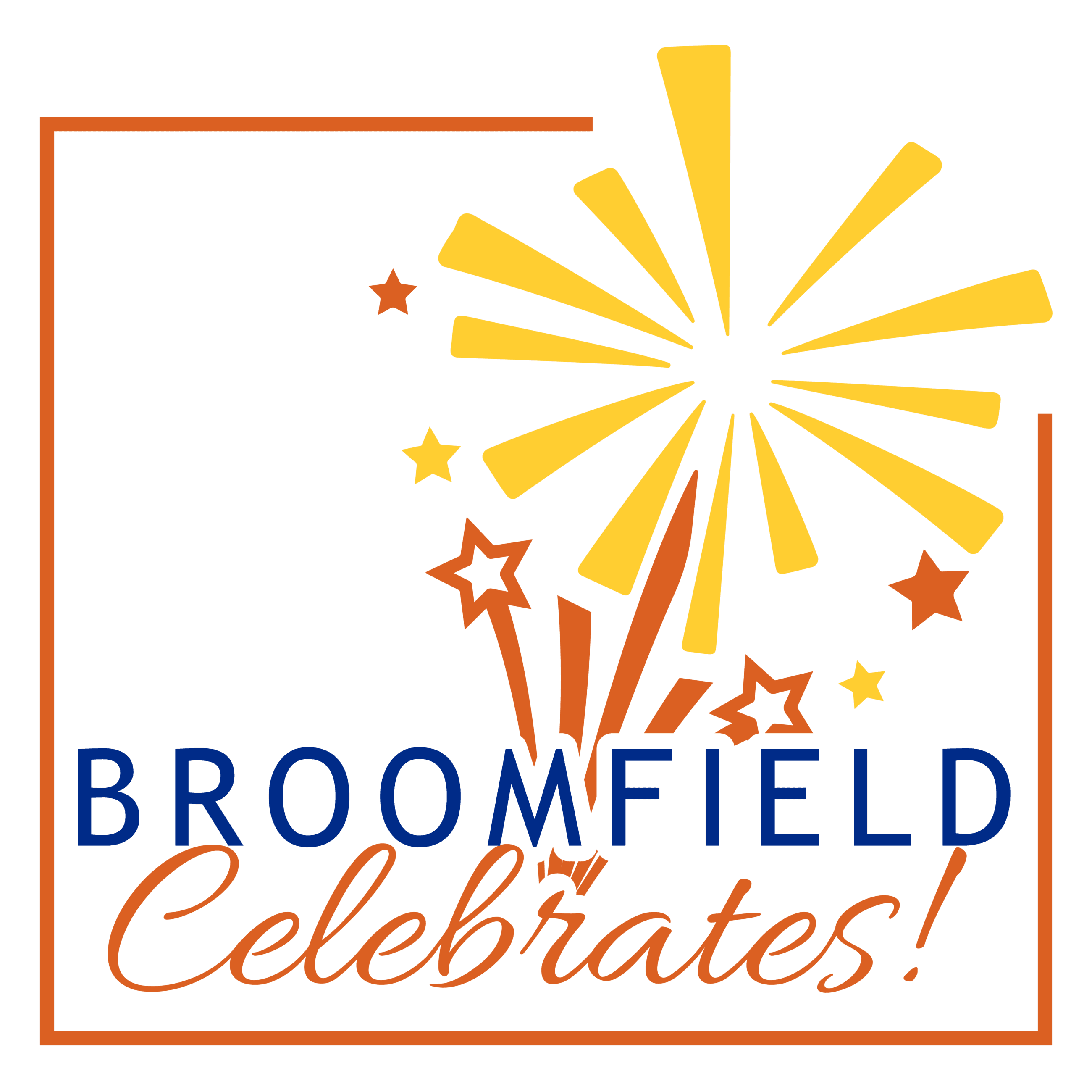 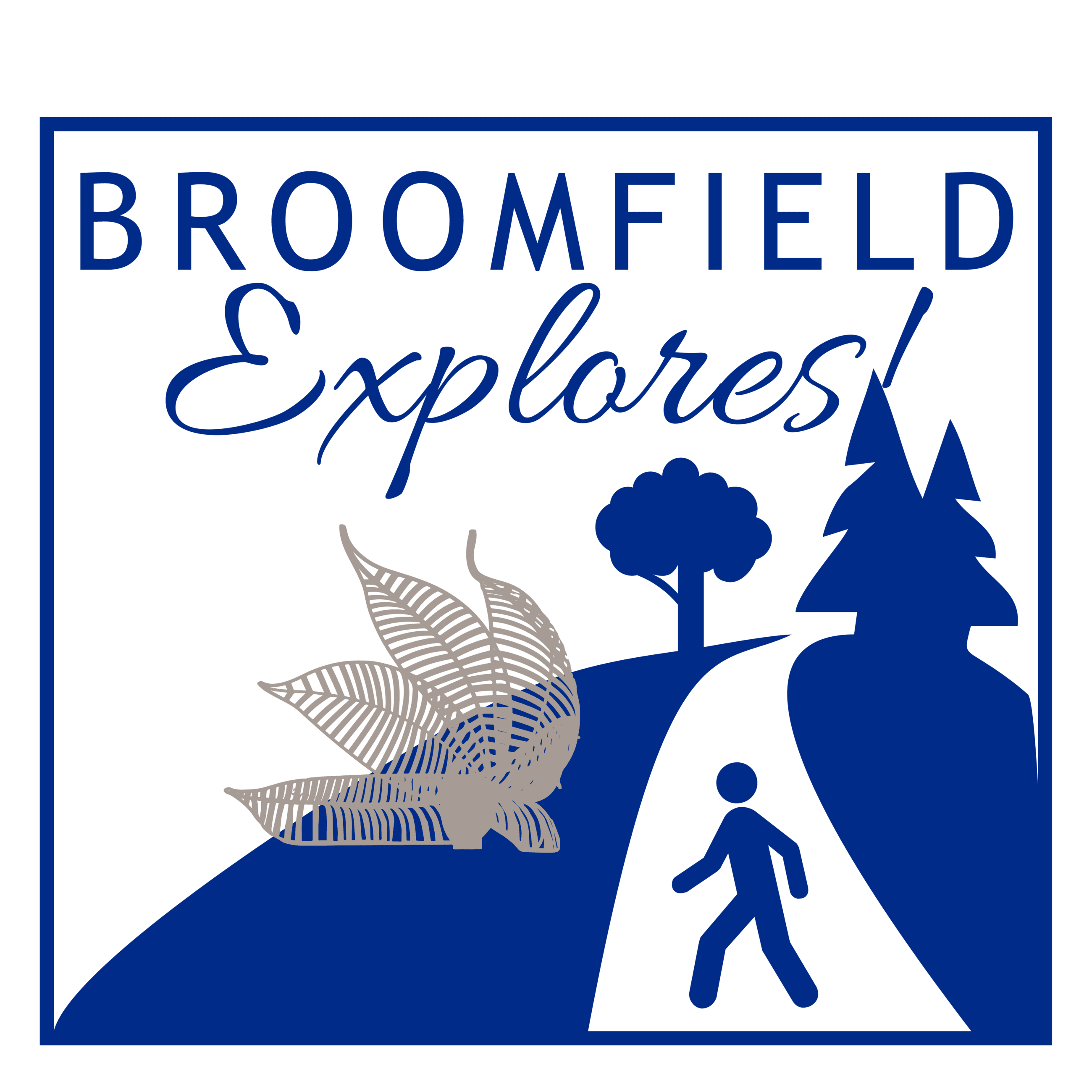 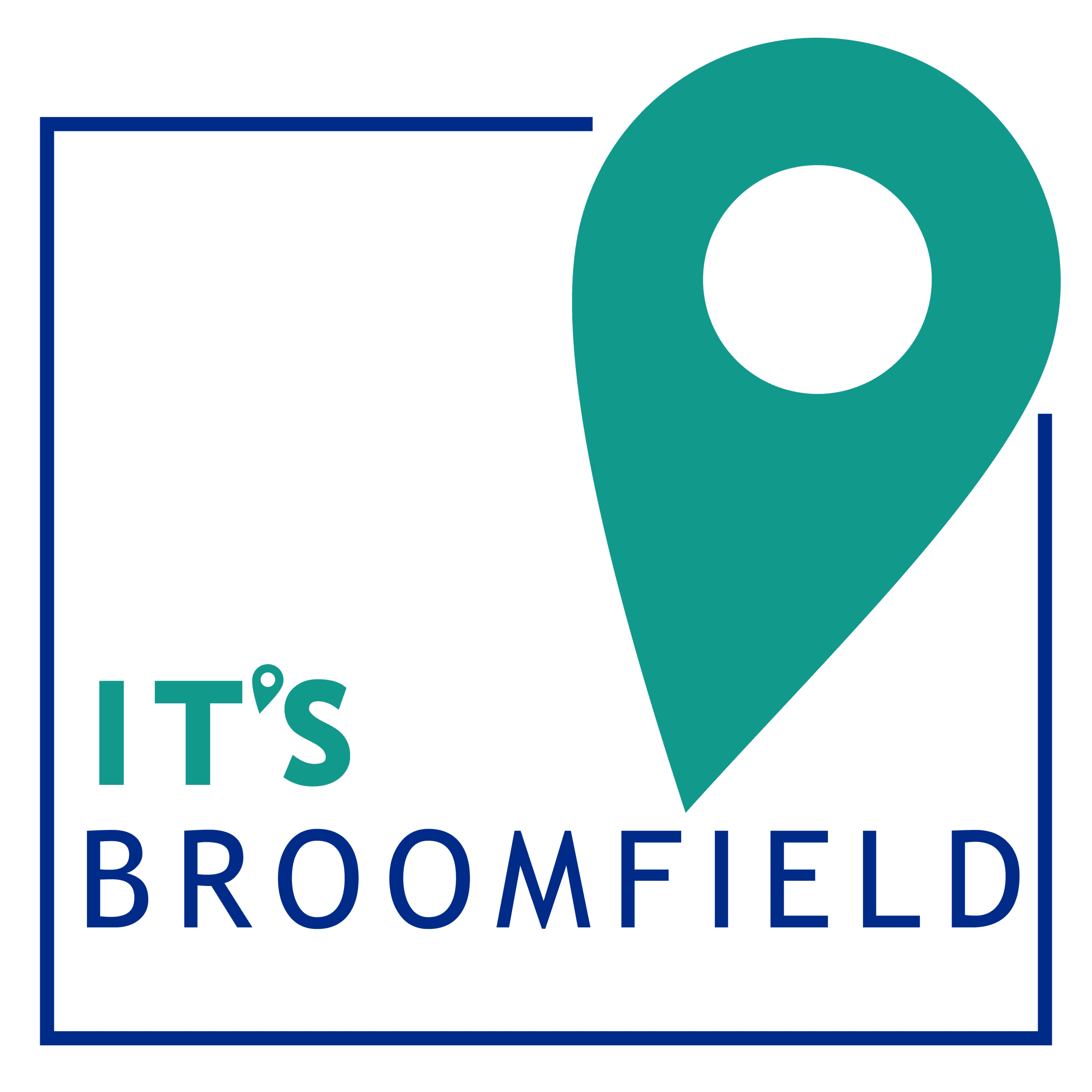 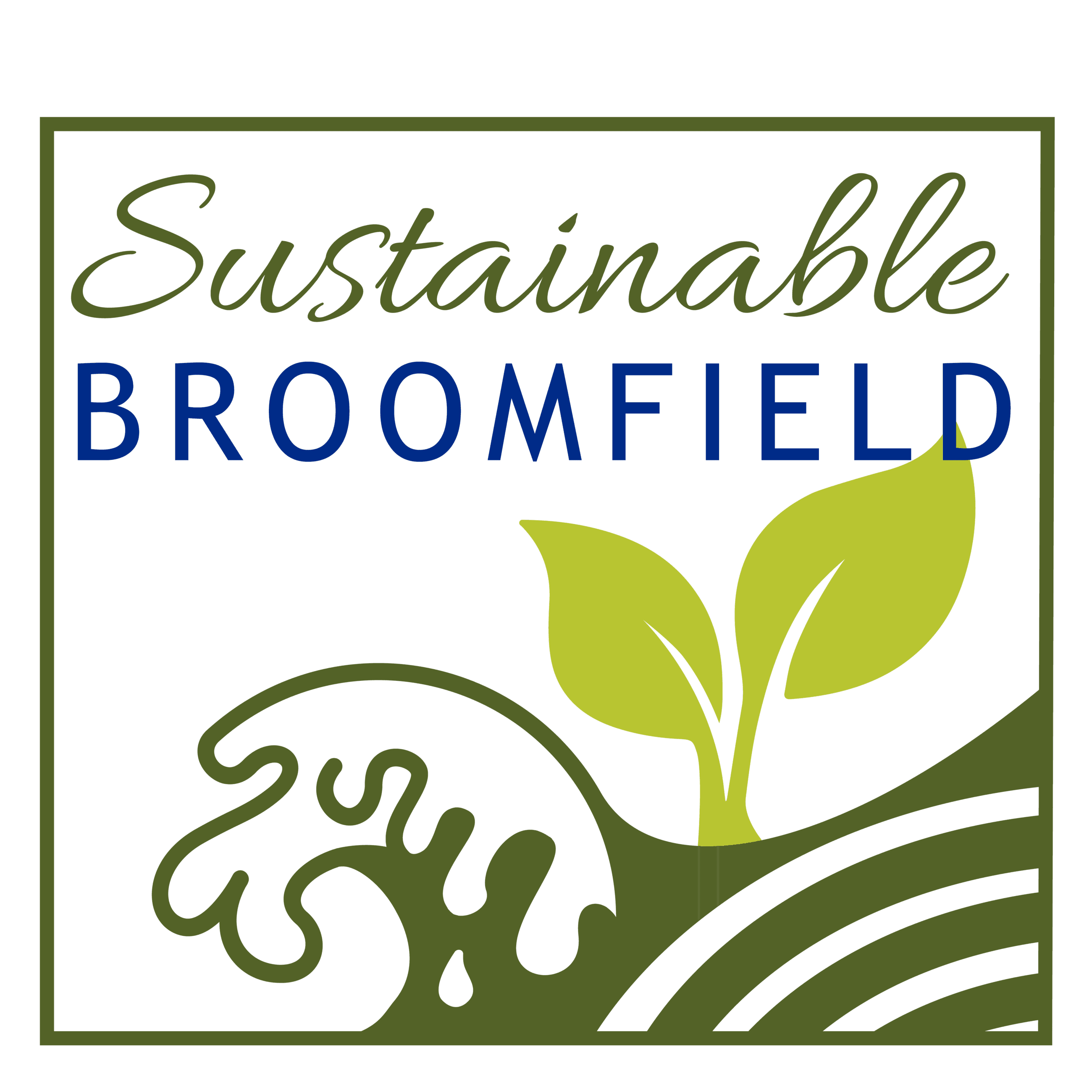