Dr. Bill Markel and his wife Jean moved to Broomfield in 1958 after Dr. Markel left the Army Medical Corps. Broomfield was then described as a “brand new community,” and it turned out to be exactly what they were looking for. The Markels purchased their current property and what is now open space in 1968. People told them they were moving “to the end of the world.”

Bill and Jean enjoyed the property for many years with their four children and the approximately fifty exchange students they hosted over several decades. When they decided to sell part of their original property, they contacted the Broomfield Open Space and Trails Department as a potential buyer because they wanted the land to remain as open space.

Broomfield purchased this property in 2008. This land will provide an important link for the Broomfield Trail and supports one of Broomfield’s goals of having integrated open space within the community for everyone to enjoy without having to drive long distances. A master plan will be created for this open space that will include public uses, like the Broomfield Trail that is planned to extend along Community Ditch..

Markel Open Space has a pond that the Markels had built around the time they bought the property. The pond is lined with tall cottonwoods that provide shade and beautiful colors in the fall.

The Markels are happy that people will continue to enjoy the property for years to come the way they and their children did. 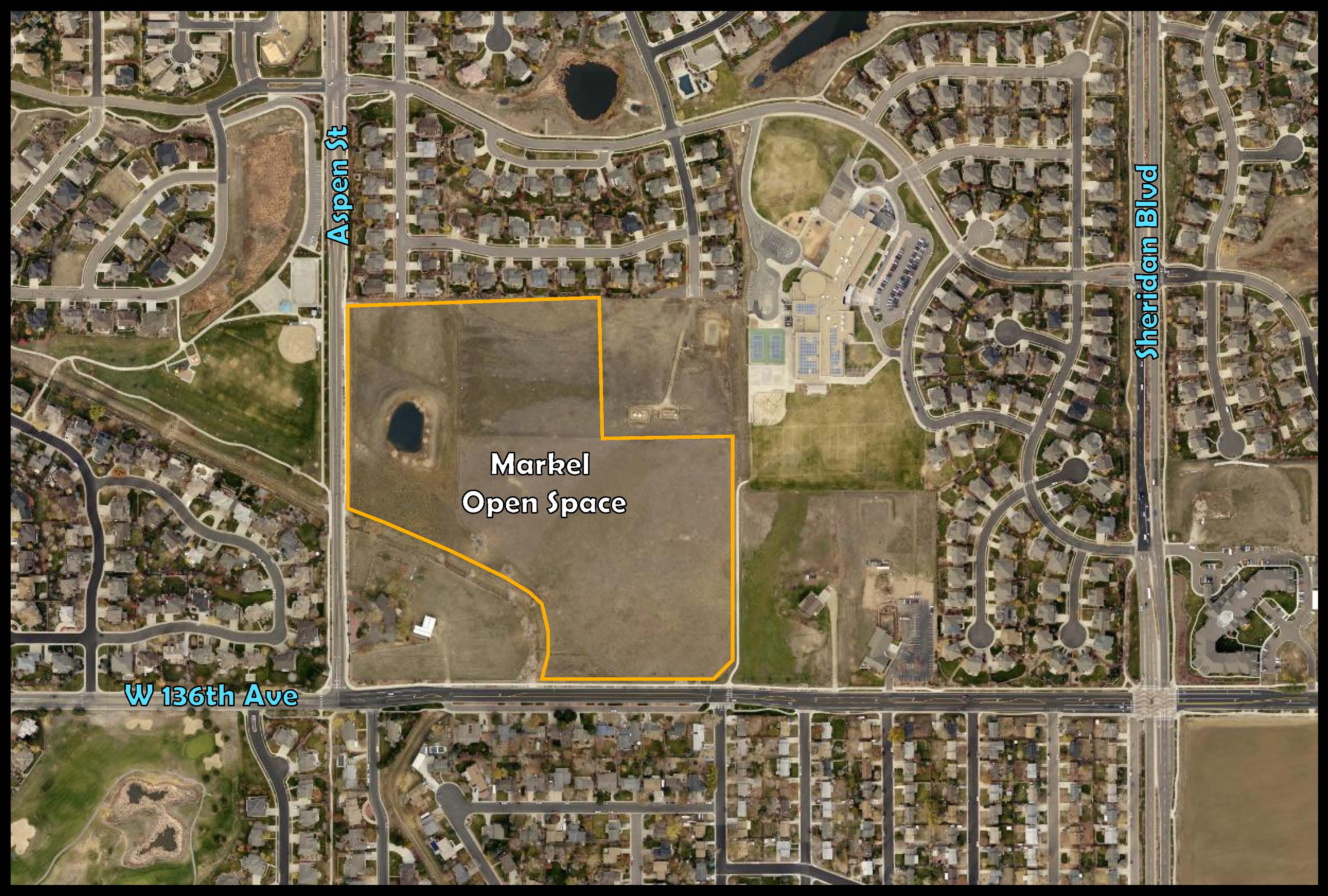